A year ago, in August, I was out enjoying some Oregon outside. I was soon to deploy to Somalia and I wanted to soak up some Pacific Northwest. I’d been hiking a lot and on this particular night I had a spotting scope and an adapter for my iPhone and was attempting to take a picture of the full moon.

It isn’t the best picture, but not bad using a not-easy-to-steady-and-focus adapter for iPhone. For grins and giggles, here’s a pic of Jupiter and some of its moons I took the very next night. You’ve got to be quick, because it races across the viewfinder and you’ve got to adjust again.

Anyway, back to the story.

I was looking at the moon and taking pictures with my large tripod and spotter scope, when I noticed a lady walking back from the trail with a large tripod and a large lens over her shoulder. I’ve run hundreds of miles in this park while training for marathons. I’ve taken too many walks to count. I’ve never seen anyone with a tripod before and my curiosity was piqued. I struck up a conversation with her. She then tells me some interesting facts about the Nighthawk. We walk to the river where she instructs me to listen for their ‘eek’ sound. In the short video below, you can hear them as they dart and swoop around for insects. Nighthawks do not use echolocation and find their insect prey by sight.

Fast forward through deployment. At the end of deployment I was doing a lot of reading on DSLR cameras and such. What to buy? Heck, let’s back up a bit and go with, what IS a DSLR camera? And how do you use it?

I’ve taken a LOT of photos with my iPhones. I’ve had almost every iPhone model, sometimes skipping a year, like now. I skipped upgrade last year (going on deployment) and now it is September and I’m eagerly awaiting the word about the release of the iPhone 12. Anyway, I’ve taken a lot of photos and I think that my Instagram is pretty cool and shows some raw talent.

But as the deployment was winding down, and I was watching more and more videos on photography, reading blogs about how to use a camera (ISO, shutter speed, aperture) I was starting to revisit my old photos. I’d never done much editing of them in the past. I did not like the way that any of the programs handled the files. I liked Pixelmator, but loathed how it took the photo out of my collection and kept it in a separate folder. I wanted a photo editing and photo management in one package. And Apple Photos did that. Though, to be honest, I wasn’t thrilled with their move from iPhotos a half dozen years earlier, where now I have a LOT of photo memory folders from it. It needs fixing.

But I digress, again. I watched, Peter McKinnon on YouTube (genius editing, timing, just overall production value) share some of his best tips for Adobe Lightroom. At first I wasn’t going to watch it because I loathe Adobe. Two reasons, first, I’ve had more horrible, bad, terrible, lousy experiences in the Army using Adobe products and how it isn’t really open to other platforms (pdfs MUST use Adobe and nothing else), thus making my workflow much harder. Second, their business model and prices seems to me to be the way to go if you work in a large company that does creative work for a billion-dollar company and have the budget to spend on their high prices, but not so much if you’re a freelancer on your own trying to squeeze nickels.

Still, I have a limited access to Adobe Creative Cloud via my employment and so I downloaded Adobe Lightroom (not the classic, but the new cloud-based version) and holy taco is it is amazing! It is a pure five stars! It is a pure joy to use this app to edit. There may be some deep, deep edits one cannot make, but that is for the ultra-pro editor. For me, I’m happy with the level of stuff that you get on Instagram.

With this foray into Lightroom, I revisited my long dead Flick account. It used to be a place where I shared pics with people before their was pic sharing, Instagram, Dropbox, or the like. As I returned to Flickr and looked around, I saw that it was a place where photographers were sharing all sorts of amazing stuff. Flickr wasn’t dead after all. It might not be as hot and hip and cool as Instagram, but there was amazing stuff on here. And what was more, I could see a pic that someone posted and see what camera they used, what lens, what aperture and shutter speed and ISO. It was amazing.

So I renewed my lapsed Flickr subscription and began adding some of my iPhone pics to it, tweaked in Lightroom. I think some of them are pretty cool, like the following picture of a tree taken with the iPhone 4S. 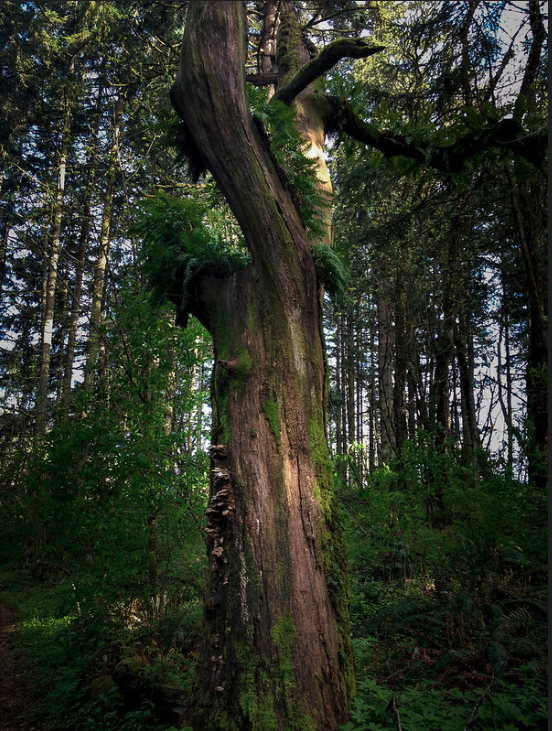 Soon we left Somalia and were in Djibouti for a week. There were many restrictions on movement due to COVID, but not too bad. At the Navy Exchange (a store) they had four models of DSLRs and only one was a mirrorless. A friend of mine, John, told me to go mirrorless, and so I went with the Sony A6000 that also came with two kit lenses. Now, how to use this thing? So many buttons!

We soon arrived in Ft Bliss, spent a couple weeks in quarantine in a large tent, sleeping on cots, before finally moving to Ft Bliss proper and going through the demobilization process. I won’t go into detail. I’m glad it is over. In six months I’ll be leaving the military.

While in quarantine in the desert, we were able to leave our tents for an hour-long exercise session twice a day where we could walk laps outside. There was some exercise equipment outside, but I’ve got a bum knee and had a lot of back pain from the cots. So I walked and took a couple thousand really, really bad pictures. I had a lot to learn. Could I take a picture that was way over exposed and get detail? Could I err on the side of underexposure? I knew I could use the shutter priority or aperture priority modes, but I wanted to learn it on manual. Compared to taking pics with my iPhone, it was quite difficult to do. The iPhone takes amazing pictures with just a tap. The Sony camera had me low-key stressing out. Again, loads and loads of horrible pictures. I found that, even though I was trying to compose pictures, I wasn’t doing that well. It seemed that I was over thinking it with half of my brain, while the other half was still worried about camera settings. It wasn’t easy. But still, I managed to get some pics that I think are okay. Some are on Instagram.

But one thing was happening every day at dawn and dusk… nighthawks. They’d swoop around the lights from the generators around our tents. They were so close that you could almost see their eyes! Nobody else around me seemed too interested, but I was enamored. I’d watch them for periods of time, but mostly I tried to get photos. And if I found it hard to take pictures of the desert with the camera, it was next to impossible to take a picture of a swooping, fast-moving bird! Auto-focus didn’t work for me, so I tried manual focus, picking a distance about how far I estimated them to be. I tried higher shutter speeds, which lowered my light exposure, hence having me adjust ISO, which increased graininess. And on it went. But here are some of the pics of the nighthawks that I managed to get.

And there it is, the best pic that I could get. There are a LOT of blurry photos, but this one you can actually make out the striped wings and the eye.

It was mostly a miserable experience for me, not so much the hardship of being in Somalia and such but other factors. The military has changed and old dogs like me don’t belong. That’s okay, I’ve given for my country and feel good about my contribution. Time for me to move on. I took the appearance of the nighthawks as a nice bookend for the deployment. Nighthawks are migratory and even though the rest of the world is going through the apocalypse (wildfires are destroying much of our forests here in Oregon currently), it was joyful for me to see these birds.

At home in Salem, I got another camera, an older Sony A300 that only shoots at 10 megapixels. It’s another story for another post. But I had a Tamron 200-400mm lens on it and looked up to see some Red-Tailed hawks flying high over head. I quickly pulled out the camera, extended the lens to maximum, did autofocus, and snapped the picture. Not that sharp, but then again, it is an old camera and, more importantly, I’m a noob and it was handheld without a tripod. Not too bad, I believe. 1/600 shutter speed, ISO 100, and f/ 5.6. I’ll get better.

And this picture of an Osprey was taken a few days later, while smoke rolled over the state from the forest fires. I used my Sony A6000 camera and an old Canon 400mm prime lens. I’ve got a lot to learn. Fortunately, practice is pretty fun.

I'm a goofball. I like Doctor Who, Star Wars (yes, all of them), and of course Firefly. I think that "Out of Gas" from Firefly is the single greatest episode of any SciFi. Closely followed by "All Great Things..." from Star Trek: The Next Generation. I'm an Apple geek. Seriously, I brought a 2013 MBP and two iPads with me on deployment. Every year I watch all the Apple Keynotes. Someday I'd like to learn Swift, as I've got some ideas for some useful apps that I'd like to use. One might find me at a coffee shop, at the LGS getting more Magic: The Gathering cards, on some trail in the mountains of Oregon, on one of my Macs, running a trail, or who knows. View more posts